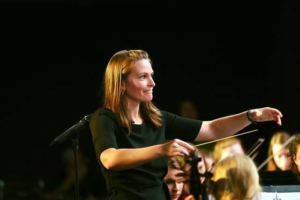 Brittany Newell is the Director of Orchestras at Edmonds-Woodway High School. During her past six years at Ballard High School, she enjoyed working with students and families as the orchestra program grew from one class to a program including over eighty string students in two curricular orchestras and an extra-curricular Fiddle Ensemble. A few highlights include the Chamber Orchestra’s performances at the 2016 ASTA National Orchestra Festival and at Lincoln Center in 2018, as first runner up at the National Orchestra Cup.
In 2016, Ms. Newell was named Ballard High School’s Outstanding Educator. Ms. Newell earned a Bachelor of Music Education and a Bachelor in Mathematics from the University of Washington and she completed a Masters in Music Performance at Western Washington University in 2018. She has enjoyed performing with various local ensembles including the NW Symphony Orchestra, Seattle Collaborative Orchestra, Cascade Symphony and within the Seattle old-time music community. 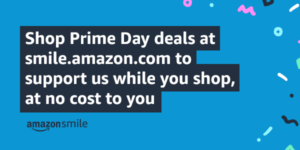 Buy at Amazon & Give to EWHS Music!

The Music Boosters is seeking volunteers:

Let us know if you can help!